There is overwhelming evidence from neuroscience on the importance of positive early childhood experiences for healthy brain development. Studies also show that children exposed to prolonged adversity in their first months and years are less equipped to cope with adversity later in life. Many of the major public health concerns experienced in adult life link to experiences during the first 1,000 days.

Despite the evidence, this stage in the life cycle receives relatively little attention in politics and public policies. Many policies impact early childhood development, but they rarely prioritize child’s best inter-est or tackling inequalities.

This is a time of extraordinary opportunity for systemic change across society and for prioritization of public investments that empower and strengthen vulnerable families and communities. European and national institutions need to provide concrete responses to stop the escalation of poverty and social inequality.

The Campaign focuses on prioritizing children from birth to 6 years, with a special attention to the first 1,000 days. The Campaign is rooted in an understanding that, from the day they are born, all children are rights holders despite their dependency status. We will advocate for more political visibility and resource allocation to early childhood in general. Within that overall framework, we will focus on children who are most vulnerable such as Roma and Traveller children, children with disabilities, migrant and refugee children, children at risk of entering, or in, alternative care, and those living in extreme poverty. We will look at how policies and public investment can tackle inequalities from the earliest age.

The campaign aims to ensure early childhood development (ECD) stays high on the political agenda by building a strong community of advocates at the EU and national level. We want policy makers, in the countries engaged in the campaign and in EU institutions, to better understand how ECD promotes inclusion and to commit to adopting an integrated and multi-sectoral approach to ECD.

National Coordinators of the Campaign are:

This website has been produced with the financial support of the European Programme for Employment and Social Innovation (EaSI) 2014-2020.

The views expressed herein do not necessarily reflect the position or opinion of the European Commission.

With support from Open Society Foundations.

First Years. First Priority is a joint initiative of Eurochild and ISSA (the International Step by Step Association). We are the leading European networks representing the children’s rights and the early childhood sectors. Our partnership pools our respective strengths to campaign for the prioritisation of early childhood development in public policies across Europe. The European Public Health Alliance and Roma Education Fund are associate partners.

With the support of 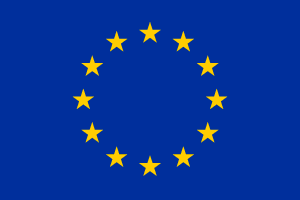 This website has been produced with the financial support of the European Programme of Employment and Social Innovation (EaSI) 2014-2020. The views expressed herein do not neccessarily reflect the position and opinion of the European Comission. With Support from Open Society Foundations.