Hungary is in a unique position regarding the war in Ukraine. Over 150.000 ethnic Hungarians have historically lived across the border in the southern parts of Ukraine — forming one of Ukraine’s largest ethnic minorities.

Since March, several NGOs and volunteers in Hungary have been focusing on helping refugees. In their view, the government has taken an extremely hands-off approach. It has been reluctant to offer assistance to displaced people, leaving the response to be primarily led by NGOs and volunteers.

Most crossing the border are leaving for other countries. About 10.000 people have remained in Hungary, most of this segment do not have relatives or opportunities in other countries, many of them Roma with low levels of education. Many adults are also going back to Ukraine to protect their homes and take care of family, primarily elderly relatives.

Many of those crossing the border have dual Hungarian and Ukrainian citizenship, most of them do not have the right to support as refugees and are not eligible for health care or social support.  Due to lack of language skills and other barriers it is hard for the children to find kindergarten or school. Finding accommodation, access to services is difficult as well.

The Hungarian Child Rights Coalition has submitted a request to the government to change legislation following the Child Rights Convention and other international conventions to provide vital services to children and dual citizens who are not entitled to social services. However, the government’s response was focused on unaccompanied children rather than dual citizens. Civil society representatives confirm that, according to their data gathering, most unaccompanied children and those coming from institutions have been taken to Moldova and Romania by SOS International, by Hope and Homes for Children to Western Europe, or have been moved to safer locations within Ukraine.

While the majority of the refugees arriving in Hungary are in transit — feeling they will receive better support in countries like Austria and Germany — civil society groups have been working hard to ensure that their essential needs are met. The government has also set up a transit center in Budapest in a sports stadium. However, there are still a lot of communication, information sharing, and coordination problems, leaving many people without adequate information and support.

Volunteers have provided parenting and family support to those with babies and young children. For example, a children’s corner and playgroup have been set up in the Eastern Railway Station in Budapest for refugees and children in transit. This corner allowed parents some relief and gives children a chance to play and feel a moment of normality. However, the government decided to remove civil society activities at the railway stations and empty the facilities.

There have also been discussions among civil society members to find schools for children staying in Hungary. Attempts have been made to find schools where at least one person speaks Russian or Ukrainian to help children who may be struggling with language barriers. Increasing efforts aim to provide online education and employ refugee teachers arriving from Ukraine. In Budapest, there is also a new afternoon club for children to support educational needs.

Early years are extremely important and in Hungary there has been for decades a lot of misunderstandings concerning the developmental needs of children in the early years. The shortage of high-quality early childhood education and care provisions, in addition to the lack of support provided to parents to improve their parenting capacities, needs more attention and action! – Maria Herczog, the Family, Child, Youth Association, Hungary.

So far, the context of war has not led to a shift in the advocacy work of the Family, Child, Youth Association. The FCHY Association is the Hungarian representative of ISS and works on over the border cases of children, the main priority right now is finding ways to help children and adults affected by the war cope with stress and trauma. 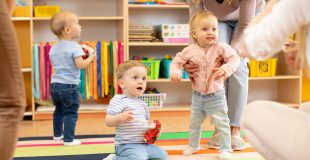