On 21 September 2021, the Portuguese Government approved legislation extending free of charge access to subsidized early childhood education and care to all children (ECEC) whose per capita family income is lower than 50% of the national minimum wage (according to a specific Social Security formula, which subtracts some family expenses from the net income). It is estimated that 35.000 children will be covered.

This legislation is of the utmost importance for the Portuguese children in need, since almost 17% of the children under the age of 6 live in poverty and more than 34% of these live in families with 3 or more children.

This measure follows on from legislation approved on 24 November 2020, which established free of charge access to subsidized early childhood education and care for all children whose per capita family income was lower than 30% of the national minimum wage and for the second and subsequent children of families whose income was between 30% and 50%. At this stage it was estimated to cover 49.000 children.

This extension has been already announced by the Minister of Labour, Solidarity and Social Security, Ana Mendes Godinho, on 17 September, in the Big Meeting First Years Count! What’s next?, the corollary event of the First Years First Priority Portuguese campaign.

Portugal has a split Early Childhood Education and Care system between 0 to 3 and from 3 to 6 years, in which pre-school education is free of charge from the age of 3 and universal from the age of 4. 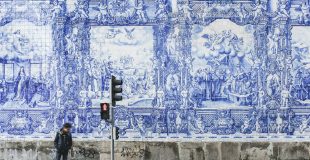