For Our Children Foundation, First Years First Priority Campaign National Co-Coordinator from Bulgaria (together with Trust for Social Achievement), opened a new centre in Plovdiv offering social and integrated services for children from 0 to 7 years and their families.

After two years of active work, with the support of the Municipality of Plovdiv and a number of donors, For Our Children Foundation opened the first Complex for Early Childhood Development in the region. The official opening took place on June 29th in the presence of HE Rob Dixon, Ambassador of the United Kingdom to Bulgaria, the Mayor of the City Mr. Zdravko Dimitrov, the District Governor Mr. Yordan Ivanov, the UNICEF Representative for Bulgaria Mrs. Christina de Brown, the Deputy Ministers Mrs. Maria Gaidarova and Mr. Ivan Krastev, the deputy mayors Mr. Georgi Tityukov and Mr. Plamen Panov, representatives of the business and non-governmental sector, many like-minded people.

The event began with a tour of the Complex, which is placed in the building of the first orphanage in Bulgaria “Rada Kirkovich” and includes a Community Support Center for children at an early age and their families, Museum Exposition “The Other Childhood”, developed in partnership with The Foundling Museum, London and an Academy for Social Learning and Development. The guests also had the opportunity to hear 3 panel discussions dedicated on the development of social work, the history and future of child care and the role of socially responsible business in supporting early childhood.

During the event, a Memorandum of Cooperation was signed between For Our Children Foundation and the Municipality of Plovdiv, with which the two parties aim to synchronize their actions to achieve an integrated approach to the provision of health, education and social services, as well as to unite their efforts to raise public awareness and sensitivity about early childhood development. 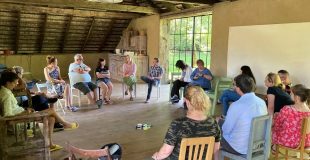 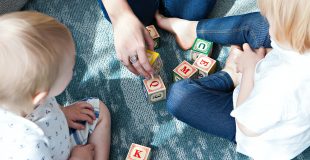